Because of poor intitial planning I ended up having to back track in order to see El Salvador. I drove west from Teciugalpa to the capital of El Salvador, San Salvador. I was surprised to see how well off El Salvdor is for a Central American country. The roads were great, the store lines were short, and the houses were beautiful. 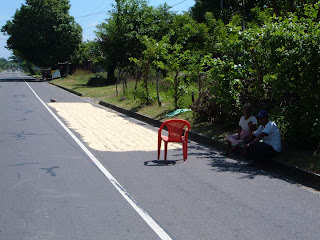 I took the coastal route to return to Honduras and like the first time (when I first entered Honduras I was cheated into having to hire a guide along with transporting him on the backseat of my fully packed motorcycle :uncomfortable:), entering Honduras was nothing but trouble. I soon realized that my border runner for entering  El Salvador did not file the right form to get my Honduran motorcycle permit back, despite me telling him (it was really my fault for not noticing it). 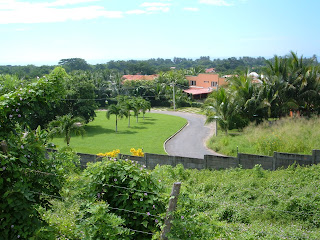 The customs agents told me I had to buy another one for $45. That would bring my Honduran border costs up to $125! Out of principle there was no I was paying this fee! I drove up to the border guards and convinced them that I was robbed in El Salvador and that the robbers made off with all my permits. After explaining this story numerous times and continuous begging the guards let me go after making it clear that I would be thrown in jail if I was pulled over.
Posted by Geoff Tayner at 3:54 PM