So far I have managed to wash my ipod, drop my camera card into the Panama Canal, and waste 2 days driving aimlessly in search of transportation to Columbia. On a more positive note, I have been couchsurfing with a couple of very nice guys, Rafael and his brother Angel in Panama City. They live very modestly, but have one of the best views from their apartment in Casco Viejo (historical area). Here is a picture of what I have been using to take showers for the last few days.  There is a shower here, but the water pressure is too low to take a shower and for most of the day the water does not work. 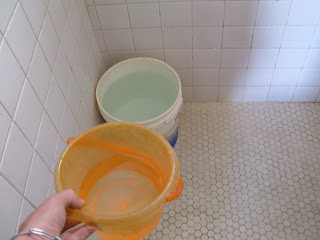 Earlier in the week I met up with Wayne and his friend Mike and we drove to the East coast together. The road was very backed up to Colon and we were forced to do a massive amount of lane splitting and shoulder driving. This was very fun, but dangerous at the same time because the shoulder was full of pot holes and lose gravel. 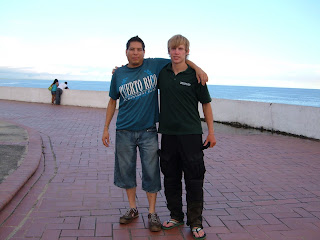 Wayne and Mike arranged sailboat transportation for an all inclusive price of $550 each. I decided that I could find a better deal than this. We split up 30 miles West of Colon as they drove South to Portobello and I drove East to Colon to try and find cheap trasportation. My guidebook gives a warning saying that you should avoid going to Colon because you could be mugged in broad day light. My god was this warning right! If you have ever seen Blackhawk Down, Colon looks just like Mogadishu in this movie. Every building looks like it is on the verge of collapse but people still live there (most of the buildings were constructed by the French and the U.S. when the Canal was being built from 1900-1920). The streets are full of garbage and uncovered manholes (saw a guy prying one up so he could make a few backs recycling it). The people here look like they have been through a lot. Every third guy I saw on the street looked like he was ready to rob me (I left my helmet on most of the time as I walked into stores). After finding out that there were no boats to Columbia until next week I hightailed it back to Panama City. 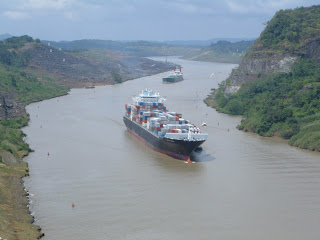 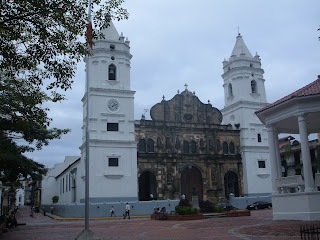 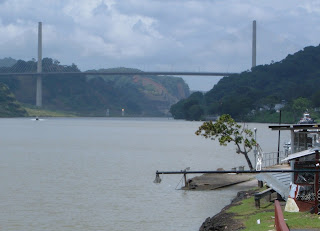