I rode from Cochabamba to Petosi to meet up with my Australian motorcyclist friend Tim who I met at Machu Pichu. We signed up to do a day tour of one of the local silver mines the next day. On the tour I learned that Petosi was the richest city in the world for 200 years and that it was and still is the highest city in the world at over  4000 m. Unfortunately the rich mountains have not done a lot of good for the local people who still live in poverty. The average age of a miner is only 45.
tour the tour guide took us to a local miners shop where we bought gifts for the miners (soda, coco leaves, and dynamite. The guide told us that Petosi is the only city in the world where you can buy dynamite legally. Tim and I took a close interest in this fact. 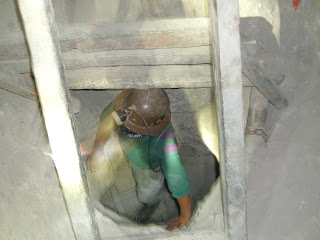 The next day we went back to the miner´s market and for 26 Bolivianos ($4 US) I bought four sticks of dynamite, 4 fuses, and 2 bags of fertilizer. We rode South for a couple of hours and than stoppd to test out the dynamite on some giant cactuses.
The cactuses never stood a chance. We mixed sharp rocks in with the fertilizer and than inserted the dynamite with fuse into the fertilizer bag and taped it up. After trying to make a whole in a castus with a sharp rock I got too close and a big needle went directly into the ring finger knuckle of my right hand and broke off. Damn, does it ever stink to have a needle imbedded into muscle/tendons. 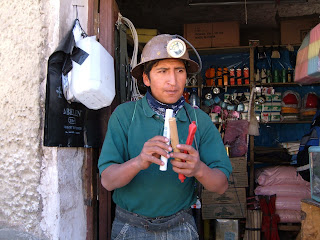 The dynamite blasts were surprisingly more powerful with the fertilizer. I tried to take a picture of one of the blasts but it went off before I could get both hands on the camera and the shockwave made me drop my camera on the ground. For the last explosion Tim and I hid behind a tree that was 40 ft away. Too much of my chest was sticking out and in the explosion a piece of cactus shrapnel hit me dead in the chest. Luckily the pointy needles on the cactus shrapnel did not hit me. 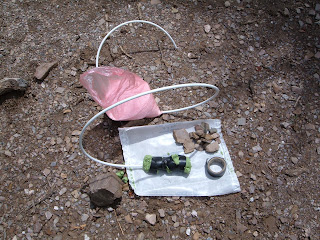 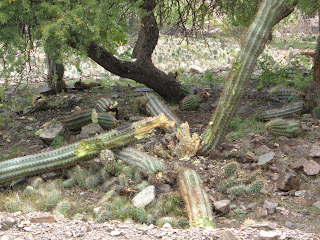 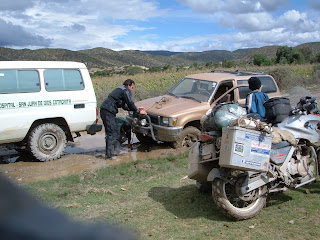 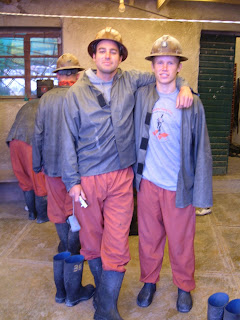