BC and SK were killed in a small mining town named San Vincente after trying to rob a mine´s payroll. I drove the treacherous 120 kms of rocky mountain roads from Tupiza to get to San Vicente. As my bike vibrated to pieces I wondered if I should head back or not. Fortunately the trip was worth it. The town of San Vicente was not so interesting because none of the original buildings from the showdown remain, but I enjoyed seeing the hilly landscape around the town and imagining BC and SK riding through there. It became clear to me why they chose to rob payrolls in this area. The landscape was almost the same as Wyoming where the gang´s stradegy was to split up after a robbery and than meet at a highpoint where police could be spotted from miles away. 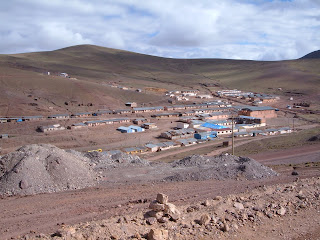 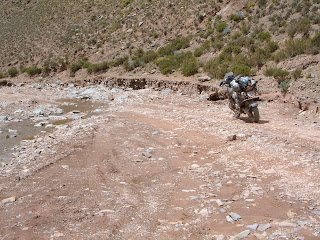 These are supposed to be the bones of Butch or Sundance but are most likely someone else's. 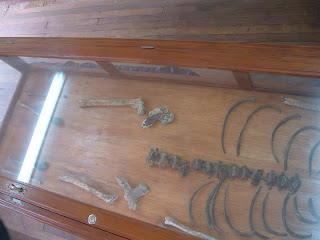 The graveyard where they were buried. 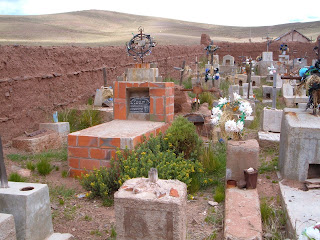