It took me 2 days to get from Rancagua to Valdivia because my motorcycle started to leak oil and I had to take half of the motorcycle apart so I could re-torque the head bolts. Valdivia is a beautiful port town located just above the Patagonia region. I had arranged to stay with a couchsurfer named Cristian there.
Cristian turned out to be a very nice guy and his family were also great people. They took me in from the freezing cold and made me feel like I was at home. Cristian`s dad was a firefighter and his mom was a business administrator.  They had some very interesting family stories. 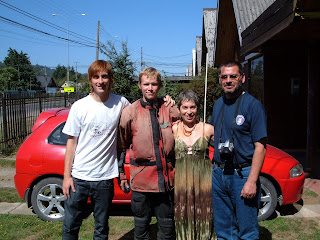 Cristian`s dad had been a fire fighter for more than 30 years and he was the 3rd generation in his family to serve in the Chilean fire fighting service (which is solely made up of volunteers). Twenty years ago Cristian`s dad was driving late on a winter night to pick up his wife from work when he noticed a group of people around a bridge trying to convince a young girl not to jump off the bridge into the freezing water. His dad got out of the truck just as the girl jumped in, but he jumped in after her and saved her life. He never told anyone about the story, but after a few weeks people realized that it was him and the fire apartment awarded him the highest medal you can recieve in Chile. 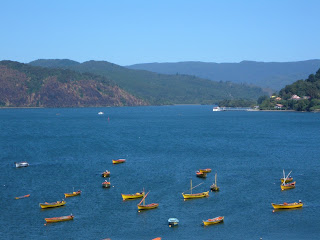 Cristian also told me that 2 years ago his parents were driving home in the night when a drunk came speeding around a corner on the wrong side of the road and ran into his parents car. The car hit them on the driver´s side and Christian´s dad was knocked unconscious. His mom was fine with no injuries but she had a brain anyeurism the next day. The doctors gave her a 2% success chance for having brain surgery. Cristian´s dad told them to do the surgery and amazingly his mom recovered fully a couple days later just before Christmas. 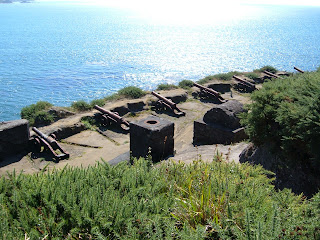 Cristian and I drove on my motorcycle to see the old Spanish forts that surround the coast in a circle at the navigable inlet on the ocean. It was really interesting to see a 300 year old fort that was in very good condition with many of the original cannons still resting in the same spot after hundreds of years. The way the ports were positioned the cannons could hit any location between the inlet which was pretty big at about 1500 yards across. On the way back from the fort we made a video of the motorcycle ride. 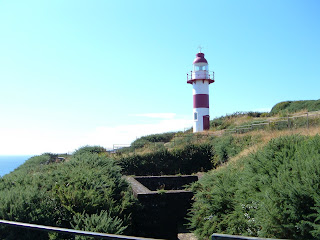